Taiwan-based Datang Intl. Entertainment is partnering with Los Angeles-based DesertRock Entertainment for six feature films and a live TV series, Variety has learned exclusively. The two companies are co-producing a $100 million slate with a focus on utilizing next-generation technology. The alliance was unveiled at the American Film Market, where Datang chair Alice Wang is meeting with producers and directors. The films include “The Treasure,” an adventure about an infamous Chinese pirate; “Mulan on the Run,” a  detective story about an elite group of highly trained policewomen; and “Sunny Rain,” a thriller centered on a young Chinese girl with a troubled past. Wang will direct the films. 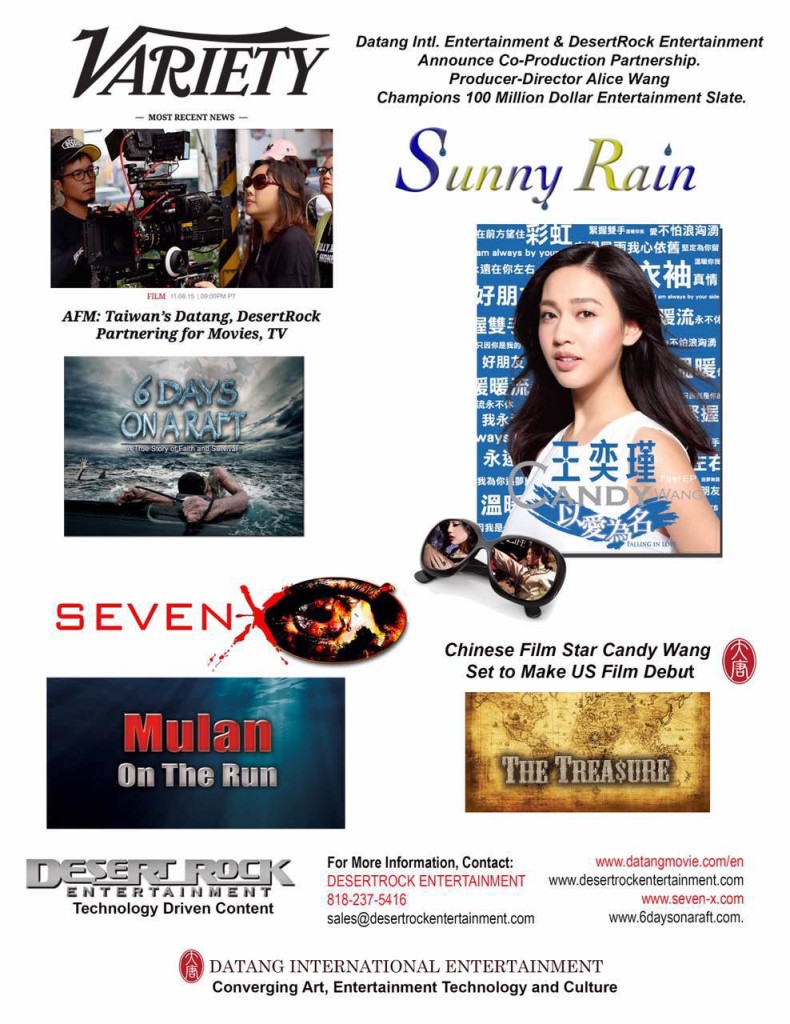 “We are excited about partnering with DesertRock Entertainment to produce projects with both artistic and commercial values and to facilitate collaborative alliances with leading domestic and international production and technology from the U.S., Japan and China,” she said. The film slate will also include “Seven-X,” a psychological suspense thriller with DesertRock’s immersive 3D technology; and “6 Days on a Raft,” the story of the faith of World War II veteran Bill Harrison, who survived a catastrophic typhoon, shark attacks, the loss of his ship and crew for six days without food, water or shelter. Lowry will direct the 3D films.